If you scroll through any Facebook feed, you’re likely to see a barrage of posts likening 2016 to a force cutting a path of destruction through the lives of many. I’m not sure I like to jump on the bandwagon of “screw 2016” and “this was the worst year ever” ideologies, as 2016 had some real high points.

Almost all of the best moments we had last year involved spending time with our dear friends, new and old. There were some great accomplishments at work, some great progress with Brinn’s business, and of course Ian has many huge achievements over the last year. Ian learned to mount and trot on Badger; he stepped it up onto new rivers and has begun paddling his own kayak around on very small features close to home. He’s also started learning about electrical currents and how to work an electrical snap kit. He can spell his name like a champ, and is obsessed with remote control operated toys. Over this last year were privileged to meet great paddling friends like Wes, Rachel, Jc, Rick, Spicer, Wayne, Racheal, and Terry. We had plenty of adventures with these new friends and with old ones as well.

With all the positive experiences we’ve had over the last year, we definitely had some low moments as well, but that’s going to happen every year. This year’s bad moments were particularly rough, as our favorite family –the Anderson’s, lost David, a very dear friend and a second father to Brinn. David deserves his own tribute, and at some point I’ll be able to write about his many bragging points and how missed he is, but I’m not at that point yet. It suffices to say to that David’s family can most definitely be an exception and

claim 2016 as the worst year ever if they wish.

Later in the year we had another setback, but not nearly as devastating as David’s death. While driving on Interstate 40 to meet my mom and pick up Ian, another car rear ended my jeep and caused me to lose control of my vehicle and roll across the median. God’s hands were all around my car that day. While my jeep didn’t survive the event, I’ve been very fortunate to have no devastating injuries and should be able to make a full recovery.

While losing a vehicle definitely threw a wrench in several of our holiday plans what with injuries, doctor appointments, and sharing one car for a while, we were able to have an enjoyable Thanksgiving and Christmas this year. Thanksgiving had its own share of excitement when the water in our plumbing decided to back up…minutes before we were supposed to sit down for Thanksgiving dinner! The extra lubrication on our day didn’t affect our spirits, and Alanna jumped into action to help me throw towels down all across the house. We managed to finish up with a pretty good afternoon of visiting with Rodney, Alanna, Sam from MSR and his grandmother, as well as my dad. 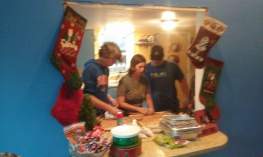 Christmas was mostly a quiet affair this year. We never did get a chance to make it to Rock City to see the lights, nor have we yet made our round visiting friends and family in the Cleveland/Ocoee area. We did manage to squeeze in a cinnamon roll baking session with the boys for our traditional Christmas breakfast with the boys at Mustard Seed Ranch. We also made it out for some Christmas shopping trips and a few Christmas parties this year. On Christmas day, aside from visiting the boys, we spent the rest of 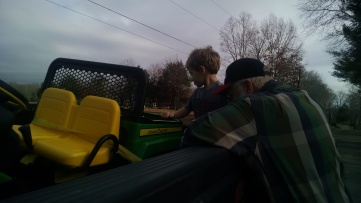 Christmas as home with Brinn’s parents in the morning, and my dad in the afternoon. Ian probably had his best Christmas yet. He is still overwhelmed with the amount of toys he received, and often has trouble deciding which to focus on first. His favorite gift probably was his new John Deere Gator, as he’s been asking for a Gator for months, and had begun saving his chore money to buy one himself at some point. He didn’t even wait for Grandpoppa to get out of the truck before he’d already scaled up the back and jumped into the truck bed to admire the coveted green Gator with a bed that dumps. 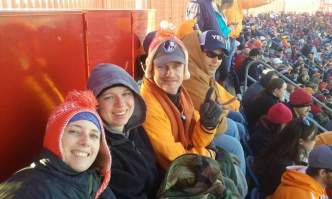 From Christmas, we moved onto birthday festivities for me, including a tasty trip to Joe’s Crabshack. FYI, the lobster pot pie is no longer on the menu 😦 After Joe’s it was on to the Music City Bowl in Nashville to see the Vols as they begin to even up the score against Nebraska. Nebraska last beat TN in 1999 in the Fiesta Bowl with a final score of 31-21.Before that was the Orange Bowl in 1997 with a dreadful score of 42-17. It’s nice to see the tide turning as TN finally has one up against the Cornhuskers. Give us one more matchup so we can finally be even. One after that and we can take the lead on this series.

As I write, I’m finishing off the last of our Christmas tamales from Marilyn, and realizing that I’ve already written 2016 on a date today. I still can’t believe that the holidays and 2016 are over. So in an effort to catch up to January, rather than bidding good riddance to 2016, I will instead eagerly anticipate what new adventures 2017 holds in store for the Kisers. 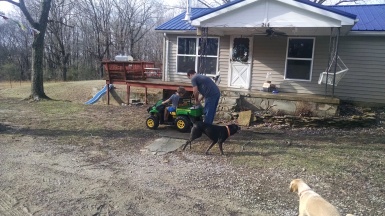 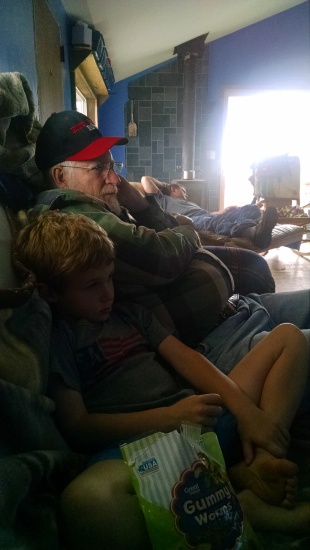 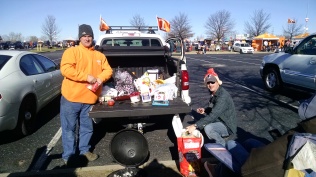 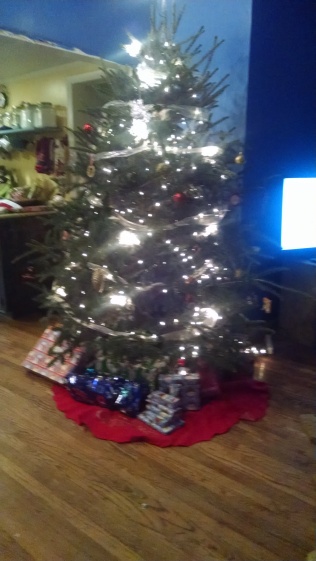 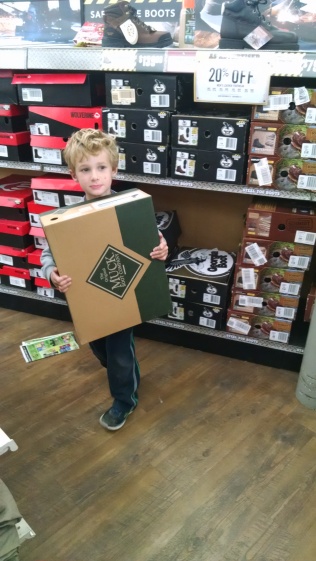 “For in Calormen, story-telling (whether the stories are true or made up) is a thing you're taught, just as English boys and girls are taught essay-writing. The difference is that people want to hear the stories, whereas I never heard of anyone who wanted to read the essays.” ― C.S. Lewis, The Horse and His Boy Join us on our family adventures as I try to tell our stories rather than bore you with more online essays.
View all posts by ashleekiser →
This entry was posted in birthdays, Family, Friends, Holidays, Ian, Uncategorized and tagged car accident, Christmas, Go Vols, Music City Bowl, Mustard Seed Ranch, Tennessee Football, travel. Bookmark the permalink.