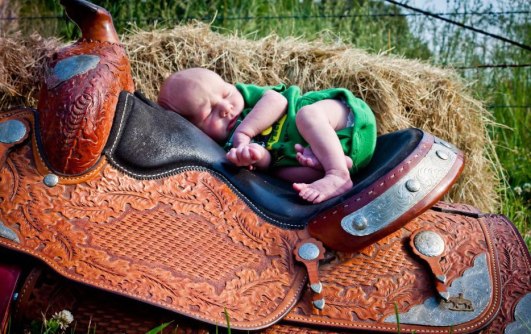 Communication issues about and between Badger and Ian abounded this last Sunday. The first instance occurred around mid-morning. Brinn was one-week post op on his arm, and still not feeling too well, so we made the lazy decision to skip church (for like the third Sunday in a row) and hang around the house all day. I’d settled into that perfect stride in a new book –you know, where you’ve made it past getting to know all the characters, and now you’re really into the story. In other words, I was in the perfect place to not really pay attention to Ian or what he was up to.

We’ve been having unseasonably warm weather this February, so Ian spent most of Sunday morning playing outside. While I kept up with the exploits of Nobusuke Tagomi in the Japanese Pacific States, Ian bustled through the kitchen to check our carrot stash. I recall vaguely hearing him say something about his pony being hungry, but I honestly paid less attention to Ian and more attention to Tagomi’s reaction to a new German chancellor. About 15 minutes later, however, Ian waltzed back into the house and announced the Badger loves carrots. At this point I actually looked up and took notice of Ian, who was holding an empty plastic sack that used to contain my beautiful rainbow-colored carrots from Trader Joe’s, at $2.99 a bag. That pony better have loved carrots after eating my yummy carrots! Just a few days before, I’d bought a large sack of ordinary orange carrots for Badger for $0.50 from Aldi. I guess this is what I get for not paying enough attention to Ian when he feels the need to treat his pony.

Later in the day, Ian came back inside to fetch his boots and helmet. He announced that he wanted to get Badger out of the fence to play. For the most part, Ian’s happy to take Badger for walks leading him around our yard. I was happy for an excuse to procrastinate on folding laundry, and asked Ian if he’d like to ride. He immediately said yes, and as soon as we pulled Badger out of his field, Ian hopped aboard. The first thing he announced he wanted to do was run up the hill. Now, our “hill” is just the small slope going down from the backyard to the basement. It’s the section of hill that the retaining wall doesn’t extend to. I led Badger over to the hill to start down it with plans of turning around at the bottom and trotting back up. At the top of the hill, I stopped the pony to adjust Ian’s position. We’ve been slowly working on incorporating better form and paying attention to his body placement for going up and down, and on the flat. As I turned around to remind Ian to sit back, Badger threw his head between his knees and pulled off an honest-to-God, legitimate buck! Ian flew through the air and landed beside Badgers feet.

Quick reflexes have never been my strong suit. Most of my swims on the river could’ve easily been prevented by some faster reactions. I react decently on the back of a horse (thank you Stormy for years of conditioning responses for muscle memory), but on the ground, I’m worthless. I’m that person who will watch her horse rip a barn door down while I stand there catching flies in my open mouth. When Badger put in his rodeo audition, I was ready to react, but I couldn’t decide which reaction to pursue first! My first instinct was to reach for Ian and snatch him up with big hugs, but Brinn doesn’t want me to always pick him up and coddle him after a spill. On the other hand, my horse brain told me to seek an attitude adjustment with the fur covered stand-in for Satan. As my mental gears slowly tried to determine the best course of action, Ian beat me to the punch.

Through the last four years of raising Ian, I keep looking for glimpses of myself in him. Mainly he is the spitting image of Brinn, both in physical appearance and attitude. This is a good thing, as I’m pretty fond of Brinn, and hope to see many of his better qualities emulated by his son, but a part of me wants to see the impression I’ve left on the world by procreating. Ian finally showed me that he inherited quite a bit of his momma’s attitude. Before I could retract my arms and stop myself from grabbing my baby from the clutches of certain death by grass stains, he sprang to his feet. “I’m sorry, Mama, I should have held on better.” Ian grabbed a chunk of pony’s mane while his dumbfounded momma stared, and he sprang back up onto Badger. But then his next statement nearly moved me to tears. While settling into the sweet spot behind Badger’s wither’s, Ian growled, “Badger, you rotten pony!” And I mean growled. His sweet four-year old soprano dropped to an octave I didn’t expect to hear for another ten years. Even Badger seemed to notice the difference in Ian’s attitude as we didn’t have another altercation during our many trips up and down the hill the rest of the evening.

I’ve said many, many times that I’m okay if Ian doesn’t turn out to be a horse crazy kid.

And really, I am okay with that. We’ve been so fortunate to have a kind, sweet boy who enjoys many of our other hobbies, especially paddling. But from the moment I knew I was pregnant, I dreamed of having a kid I could share my passion for horses with. Brinn and I weren’t particularly sold on the idea of taking maternity pix, but because a good friend of ours was available to do them for us, we did. And even then, at Ian’s first photo session, I had Reggie involved. By the time Ian could walk, we had him out helping me feed. Once he could sit unsupported, I needed to have him up on Reggie with me. I’d be lying if I didn’t admit that Badger’s rotten pony incident was not one of the best moments to date of my life as a parent.

“For in Calormen, story-telling (whether the stories are true or made up) is a thing you're taught, just as English boys and girls are taught essay-writing. The difference is that people want to hear the stories, whereas I never heard of anyone who wanted to read the essays.” ― C.S. Lewis, The Horse and His Boy Join us on our family adventures as I try to tell our stories rather than bore you with more online essays.
View all posts by ashleekiser →
This entry was posted in Family, Farm Life, Ian, My Critters and tagged adventures with carrots, bad pony, Badger the Pony, Ian, riding, Shetland Pony. Bookmark the permalink.