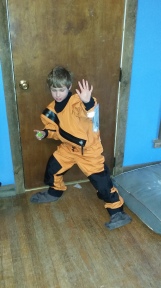 I bought a drysuit for Ian. Well, for all of us, but more about that another day. Back to Ian. He hates getting soaked on the river. Now mind you, he’s the kid that hates getting splashed and wet in the raft, but an hour earlier he’s swimming at the put-in, then at the end of the day we can’t drag him away from swimming at the take-out. But while he’s on a trip, he hates a cold splash. I’m right there with him. Sometimes I feel like I’m the only chump wearing a drytop in May on the Hiwassee. Ian has been wearing a splash top and pants with hydroskins underneath for a year now, and they have improved his experience quite a bit, but basically they’ve been a spring/fall fix. Winter paddling has remained off-limits for our dude until now.

Kokatat makes a great kids semidrysuit, but the smallest size available is a children’s 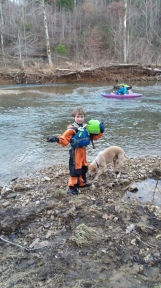 medium. As far as kids’ sizes go, this is a very generous medium, but Ian FINALLY has grown just tall enough that he just barely manages to fill a suit out enough to safely wear one. As soon as he came sorta kind almost close to the minimum specs, we placed the order and waited eagerly for his suit.

Once Ian’s Kokatat arrived, we suited him up and headed to the creek for a trial run. Our plan was to get our boats in the water and let Ian paddle around to see how it felt to stay dry when water dribbled down his paddle shaft, or if he leaned too far and let in some water around the cockpit rim. It turns out, Ian had entirely different plans for testing his suit. 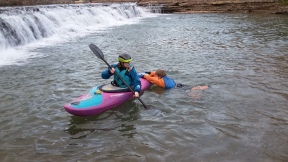 I often joke about personality types and use the metaphor that some people (like Ian) don’t like to ease into new things, they just jump straight in. This is exactly what Ian did with his new suit. Rather than wading out and adjusting his body temp to the cool water temp, or floating around high and dry in a boat, Ian took off running across the gravel bar, crossed his arms across his chest, and jumped right out into the water. No need to worry about Ian’s commitment to product testing –he thoroughly put his new suit through its paces.

today alternating between downpour and drizzle, so I expect the creeks to actually have more than a few puddles between rocks over this weekend. Maybe Ian will get to take his boat all the way down the creek soon to enjoy his drysuit. 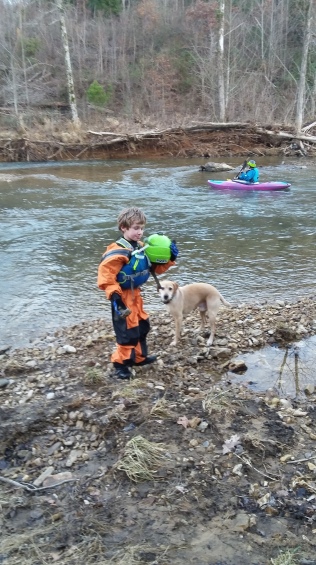 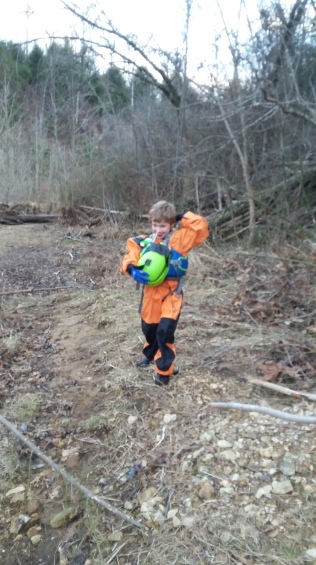 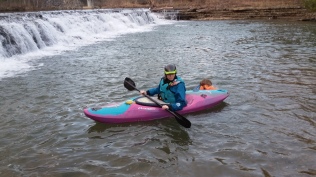 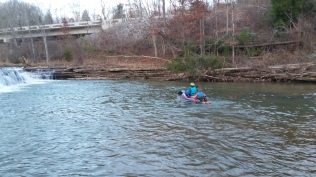 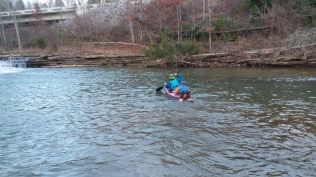 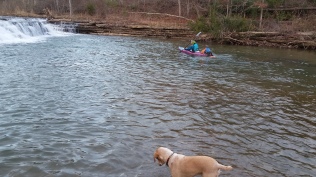 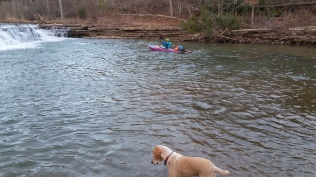 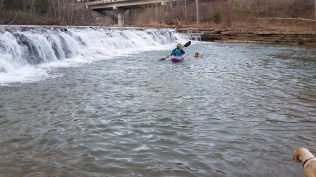 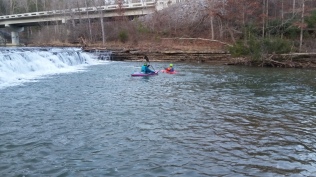 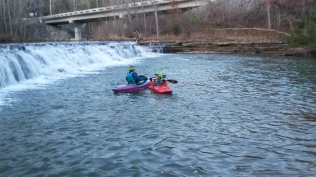 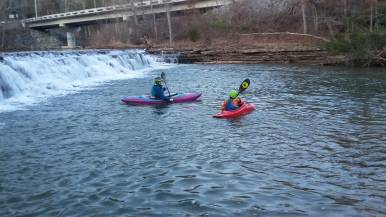 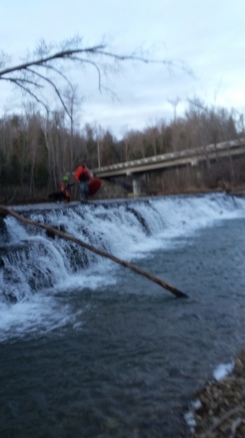 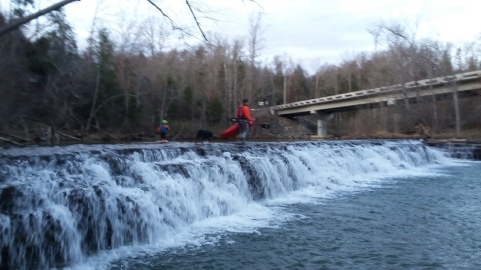 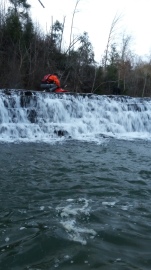 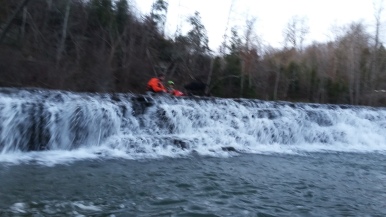 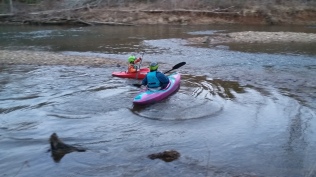 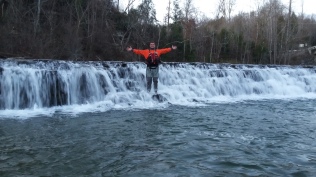 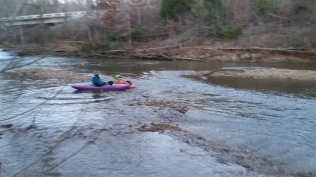 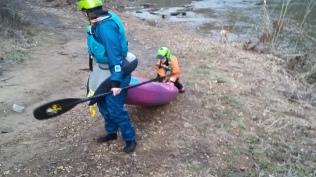 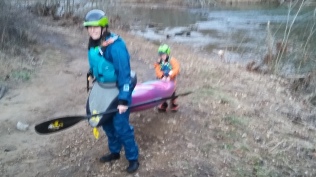 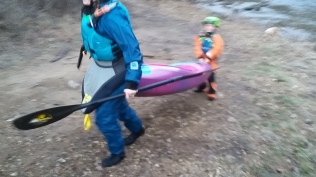 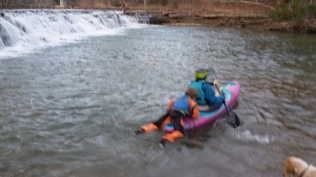 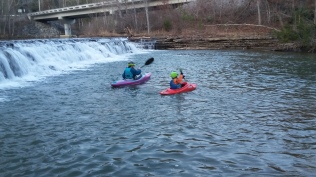 “For in Calormen, story-telling (whether the stories are true or made up) is a thing you're taught, just as English boys and girls are taught essay-writing. The difference is that people want to hear the stories, whereas I never heard of anyone who wanted to read the essays.” ― C.S. Lewis, The Horse and His Boy Join us on our family adventures as I try to tell our stories rather than bore you with more online essays.
View all posts by ashleekiser →
This entry was posted in Family, Ian, Outdoor Adventures, paddling and tagged Drysuit, high and dry, Ian, Kokatat, white water kayaking, winter paddling, youth drysuit. Bookmark the permalink.